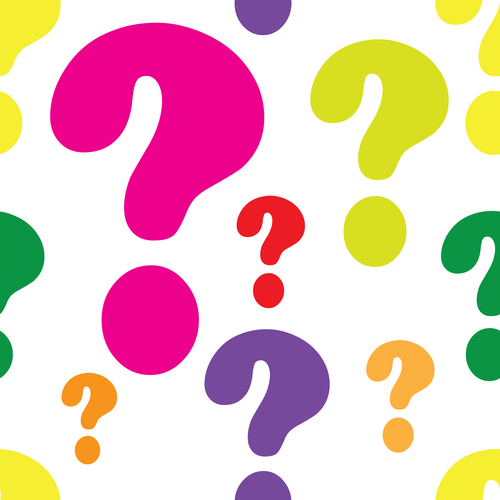 One of Zoomly’s clients took an interesting approach to their six-pack of bite-sized workshops: they repeated the same topic, ‘How to interview potential recruits’, six times. This meant that they were able to provide essential basic training for all the managers who get involved in the hiring process. Some of them were pretty senior, and arrived for the workshop with a ‘conscript’ (“I’ve been sent”) attitude rather than a ‘volunteer’ (“I’m up for this”) mind-set. Several participants arrived with the question “Surely I know all there is to know about how to run an interview?”

Erm… no. The evidence suggested they didn’t know how to run an effective interview –  and stay within UK employment law at the same time. The statistics told their own story: too many new hires were failing their probation period. And this fail rate was what had convinced the managers to show up for training, albeit reluctantly.

It soon became clear that these managers had, over the years, developed their own individual toolkits of ‘killer questions’ to ask candidates. Some of these were OK; some were risky and (unwittingly) potentially discriminatory; some were fine for a social occasion but ineffective for a job interview; a few were plain provocative and downright rude. Importantly, most of the ‘killer questions’ failed to elicit the information that would demonstrate whether or not the candidate had the attributes, skills and knowledge needed to do the job. What’s more, in common with many employers, they were relying on interviews as their only means of assessment, decision-making and selection (of which more later*).

Take these tips for interview questions that will help you hire right:

Identify what attributes, skills and knowledge are a) essential, b) useful, and c) nice to have in order to fulfil the job role successfully. The best way to do this is to study those who already do the job well; break down what they do and how they do it (don’t just ask them: observe as well, because the experienced will do many things unconsciously). Based on the essentials, you can then construct a series of interview questions. Ditch any questions that do not directly relate to doing the job. This really gave the managers a light-bulb moment in the training workshops; what they came up with helped them see the flaws in their ‘killer questions’ routines.

2. Ask questions to get specific examples

Ask, “Give me an example of when you have…” and, “Tell me about a time when you…” to get candidates thinking of examples from their own experience of using the required attributes / skills / knowledge. For example, my last boss sought persistence and asked me to, “Give me an example of when you did something that others said couldn’t be done” and it took me back to a time when I’d overcome a ‘we tried it before, didn’t work then, won’t work now’ response to an initiative, and got the go-ahead to give it one more try (that finally succeeded).

Ask, “How did you do that? / How did you go about it? / What steps did you take?” The managers had been in the habit of asking people where they’d worked, who they knew, and how long they’d worked there – none of which elicited accounts of how the candidate had done the job (and ‘how long’ could be inferred as attempting to establish someone’s age and therefore could potentially be discriminatory).

Once the candidate has responded with their example of when they’ve shown the attributes / skills / knowledge required, it’s essential to follow up with ‘how’ questions to draw out the actual steps they took. They may have made all the right moves; they may have taken a novel (or risky) approach; but if they struggle with ‘how’ questions, they may not be right for the role (and may even be bluffing).

Note their responses – the interview is for gathering information, not reaching a decision there and then. Be aware that candidates can (and do) ask to see anything that has been written about them in the process.

4. Ask questions consistently of all candidates

Agree upfront a structured list of questions that all interviewers will ask all candidates for a given role, so that there’s consistency of approach and, if possible, add a scoring system for the extent to which the candidate’s answers met the requirement.

5. Ask candidates for their questions

It’s not an interrogation, nor is it one-way: an interview is the opportunity for both parties to find out more about each other. Encourage and be ready for candidates to ask questions about the company, culture, policies and processes, the role, development opportunities and more.

* I should add that the client also made their recruitment process more robust by adding online and in-person assessments of job-related literacy and numeracy skills before a candidate progressed to interviews. Interviews alone can be unreliable predictors of job performance; compared to other methods they are unsystematic and prone to biases. Their assessments were bought off the peg, but you can also have tools customised to suit your company culture and job roles. I recommend referring to The British Psychological Society’s Psychological Test Centre for guidance on test development and use.

A very useful resource about how biases creep into recruitment – and what to do to manage the process more effectively – is CIPD’s ‘A head for hiring: The behavioural science of recruitment and selection’

Copyright Zoomly
Just so you know…if you share this post in its entirety, it’s very much appreciated.
Please don’t copy it and pass it off as your own.

We will keep your details safe.

You have Successfully Subscribed!